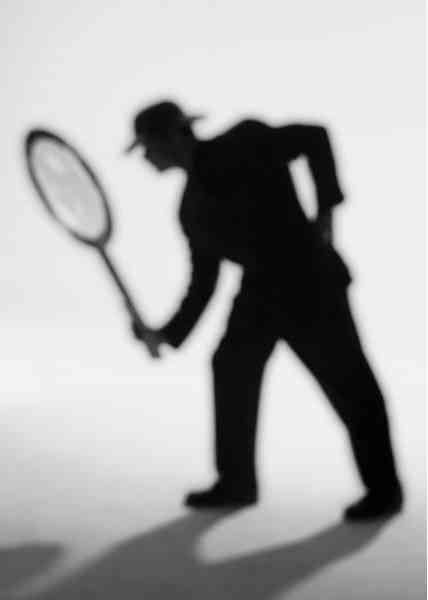 Everyone loves a mystery or so I’m told, myself they just simmer and fester and other times I find  they’re chewing gum for the brain. This page isn’t to purposely mystify or confuse anyone in anyway but a place to post those pesky pictures that need to be put in their proper places. The goal is to match them up with other views, old aerial photos and present day and/or underwater photos.

The photos will be at a low(er) resolution to make loading faster and in other cases the bad picture will have to do until it’s identified and better copies can then be acquired.

Any and all suggestions, educated guesses, hunches, shots in the dark are welcome but won’t be posted without permission, Thanks.

AS THE WATERS RISE

WR1. As the waters rise. Last time to walk through downtown Moulinette? 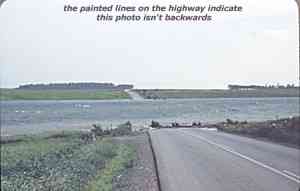 WR2. Certainly looks like the bypass west of Moulinette and Highway #2 going over island 17? Where else would there be such a huge dip in the highway? 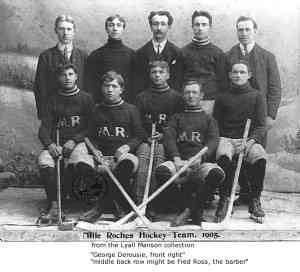 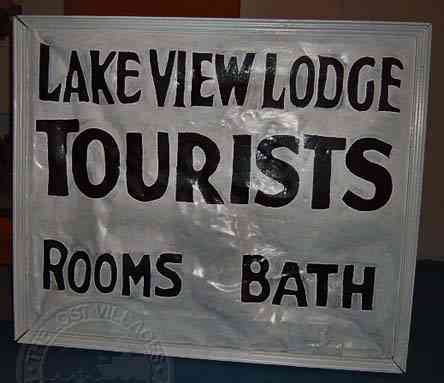 PP2. Anyone know where we would have to have been to see this sign (other than the museum)?

Found in the small creek next to St  Matthew’s church which was next to the Public School.  The initial R. B. are carved into both sides of this smaller than normal puck (during an underwater survey mission to the papermill, the anchor dragged and plowed the puck out of the mud).

Reply:  “In looking at the puck and considering that it was found  beside the Mille Roches Public School, I think it could belong to Richard Barnhart who attended school there with me. He was in my classes for awhile but I lost track of him. In Long Sault, he and his family lived in the beautiful red brick house right across from the Long Sault arena and Richard himself played hockey there as a teenager” Mrs A. Summers, Long Sault 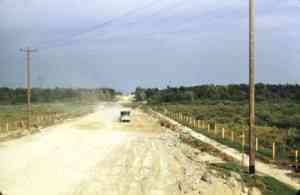 PP4. Construction photo. Labeled as a street in Wales.

“Looking east along the new railway corridor, the fence is new, what appeared like a sidewalk is a new ditch, they’re excavating the hill just south of the old stone quarries, the steel hydro towers are still there today.” 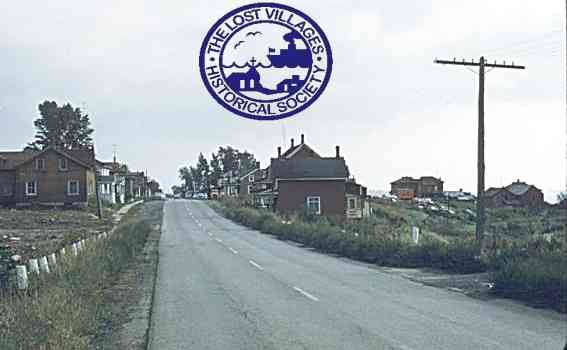 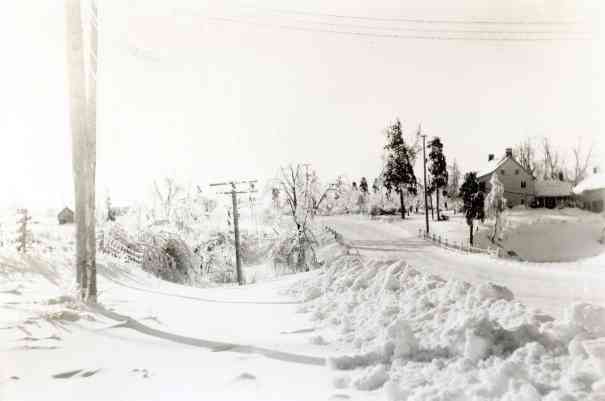 PP6. Beautiful winter photo thought to be of Highway #2 looking west from Aultsville but the house is wrong. 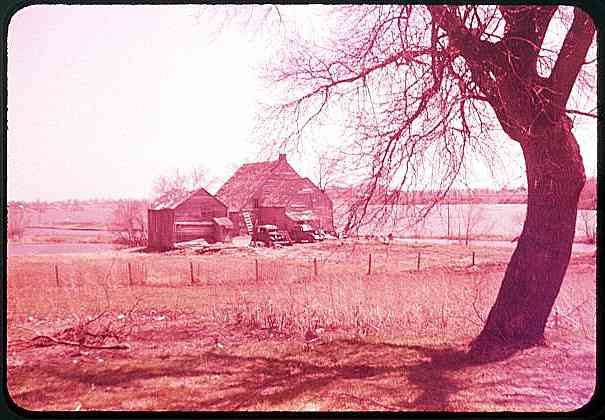 PP7. The canal in front of Moulinette? Is this photo backwards or is it the hydro poles along the abandoned canal bank that don’t add up? 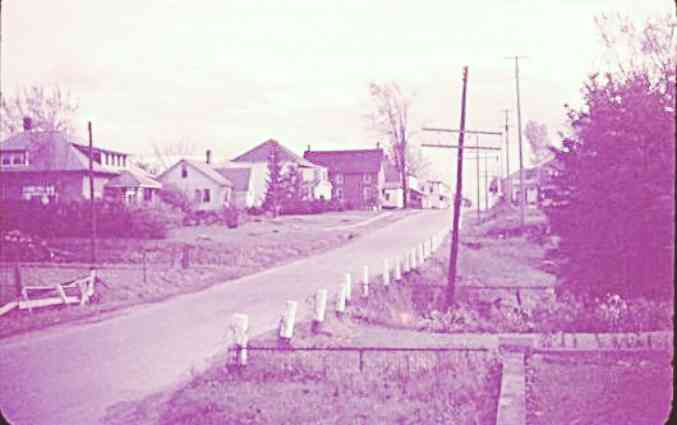 PP9. A street in Wales? It’s commonly agreed that Wales was pretty much flat, hence the question of where is this street from?

“the dip in front of the (insurance place), driveway on the right, you’re looking south.” 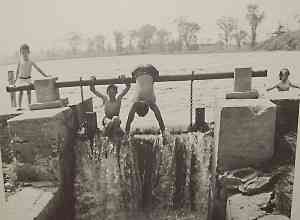 PP10. The Swimming Hole. This picture hung on the wall at the LVHS office in Ingleside for the better part of the winter and……. I got nothing!!!

PP11. Mystery House by the River. There’s a shed or small barn behind the house maybe attached. Submitted as being from east of Farran’s Point.

PP12. Unknown Lock. Labeled as Lock 21 but the 2 transmission towers in the background say not.

“wasn’t there power lines crossing the river just below Lock 20?”